“The Best Residential Project Award went to a house in Ross-shire by Brennan & Wilson. An interesting building designed to reflect the local agricultural buildings without following a slavish vernacular. A series of pitched roofs sit over a barrel vaulted ceiling over a very engaging open plan living space”.
Penny Lewis, Prospect Magazine, July 2005

Located north of Inverness, this award winning new build house nestles in a valley with panoramic views to the south and west. It has panoramic views across to the mountains in the west and an uninterrupted southern aspect that also maximises passive solar gain.
Our client wanted a substantial house all on one floor. The form of the building was generated from a desire to make a compact building that sit well on an open site. The language of Scottish traditional agricultural building informs the design, with a series of pitched roofs alternating with single storey links that contain service accommodation. A rectangular plan is cut back as a series of serrated gables forming areas of shelter  protecting from the prevailing south-west wind. To the south a set of large gable openings maximise views and solar gain. Inside there is a sense of spaciousness with living rooms and the kitchen flowing in to each other under a curved and vaulted ceiling.
The Red House won the Saltire Society award for Housing in 2005. 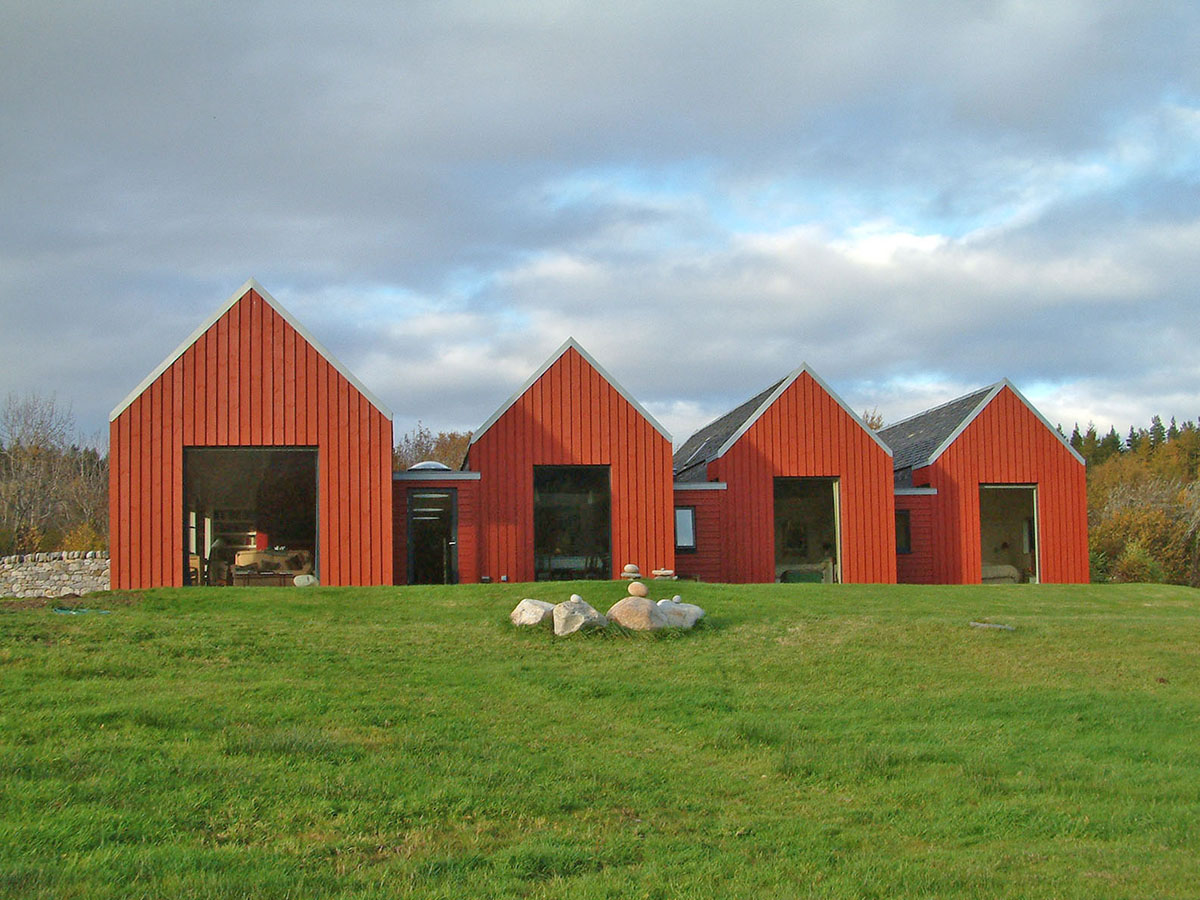 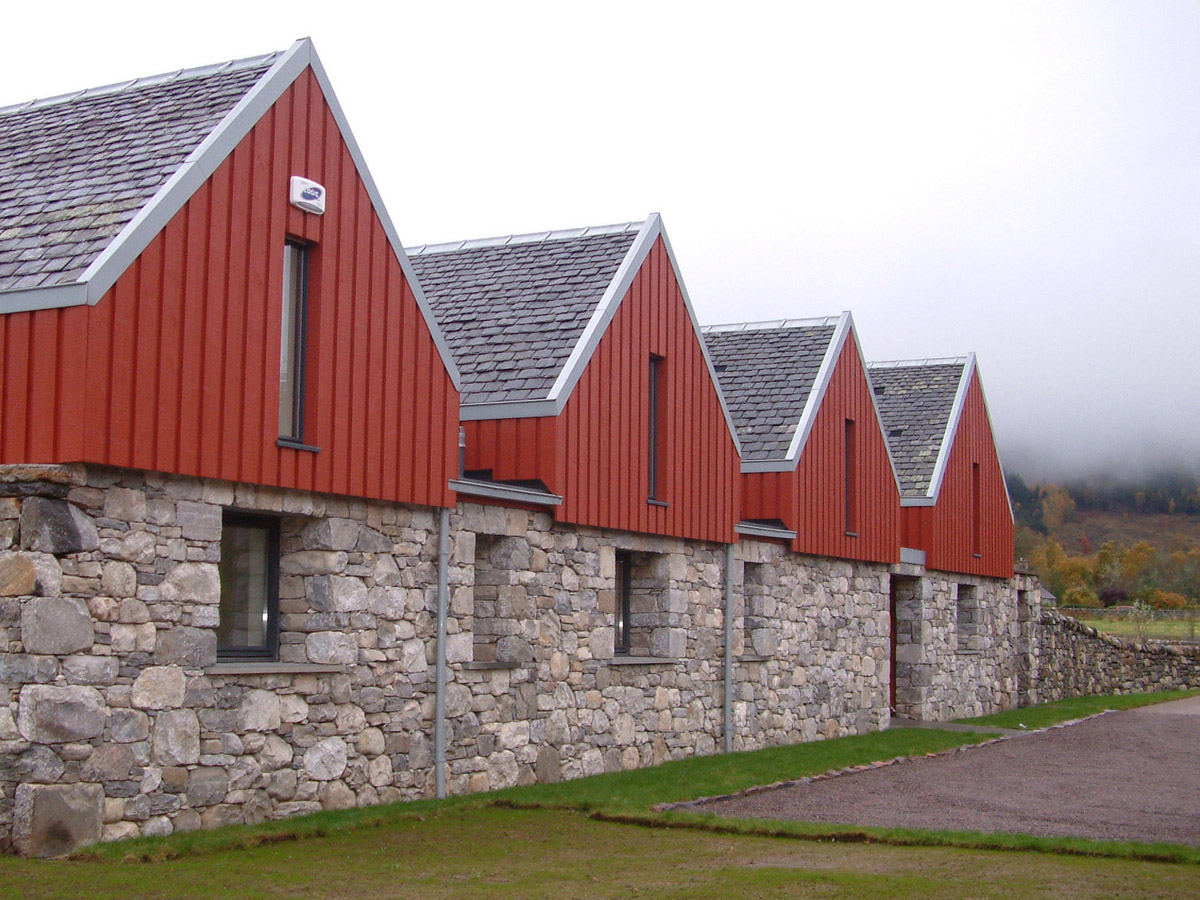 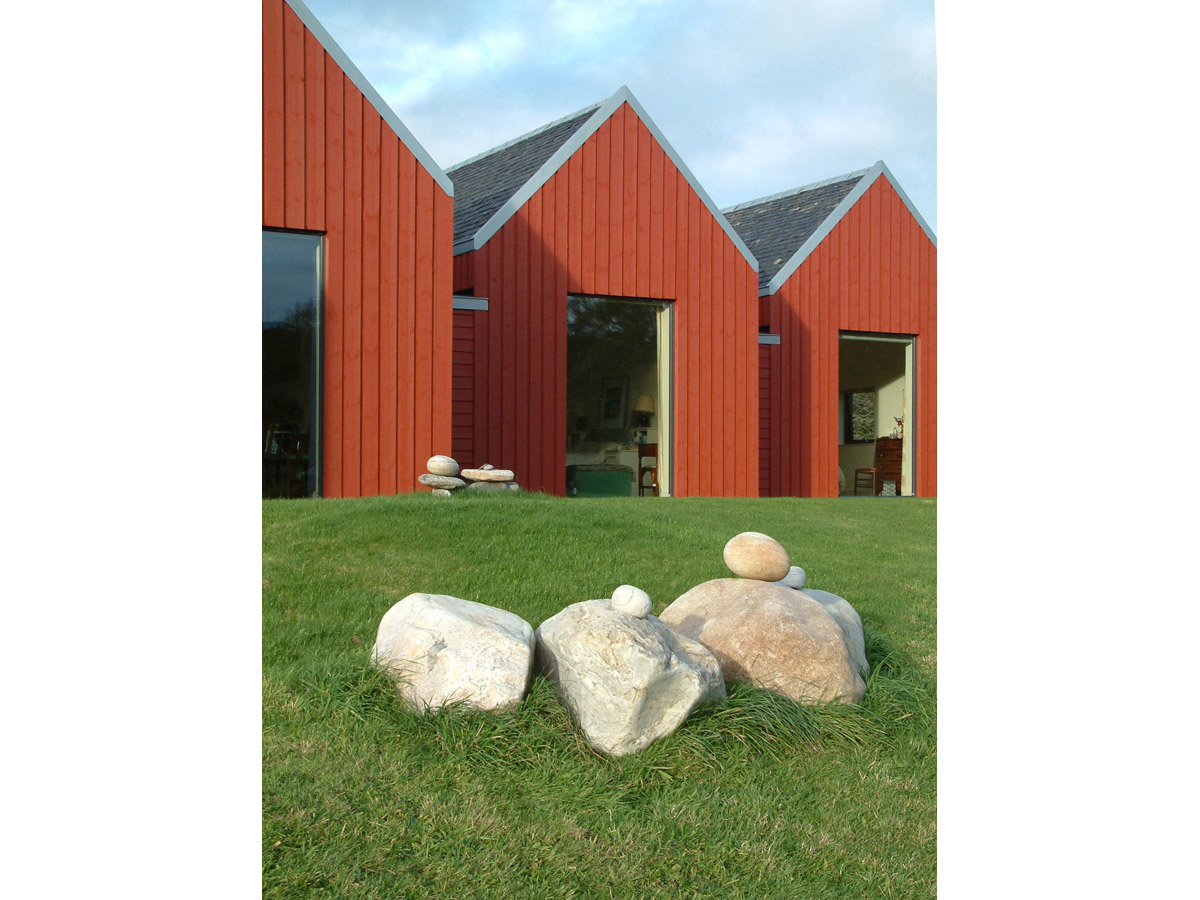 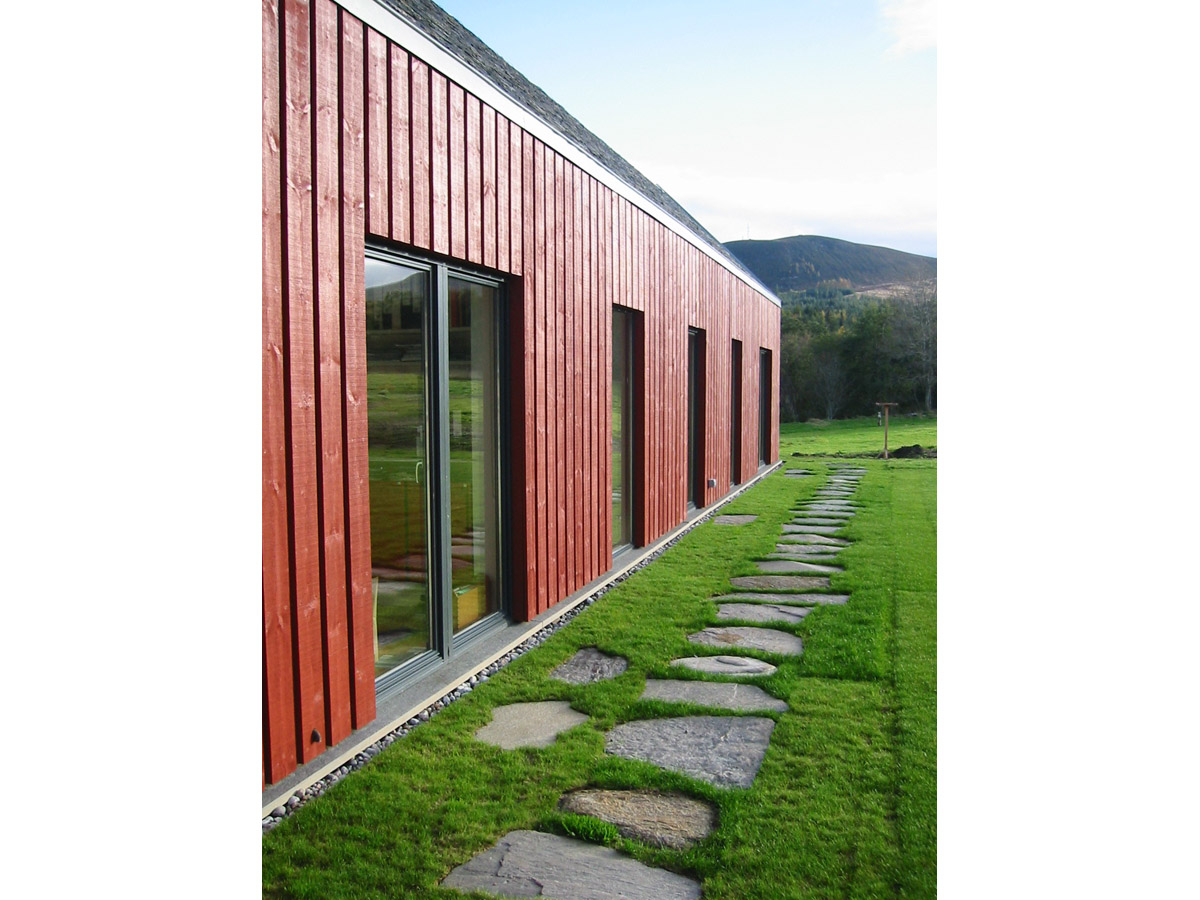 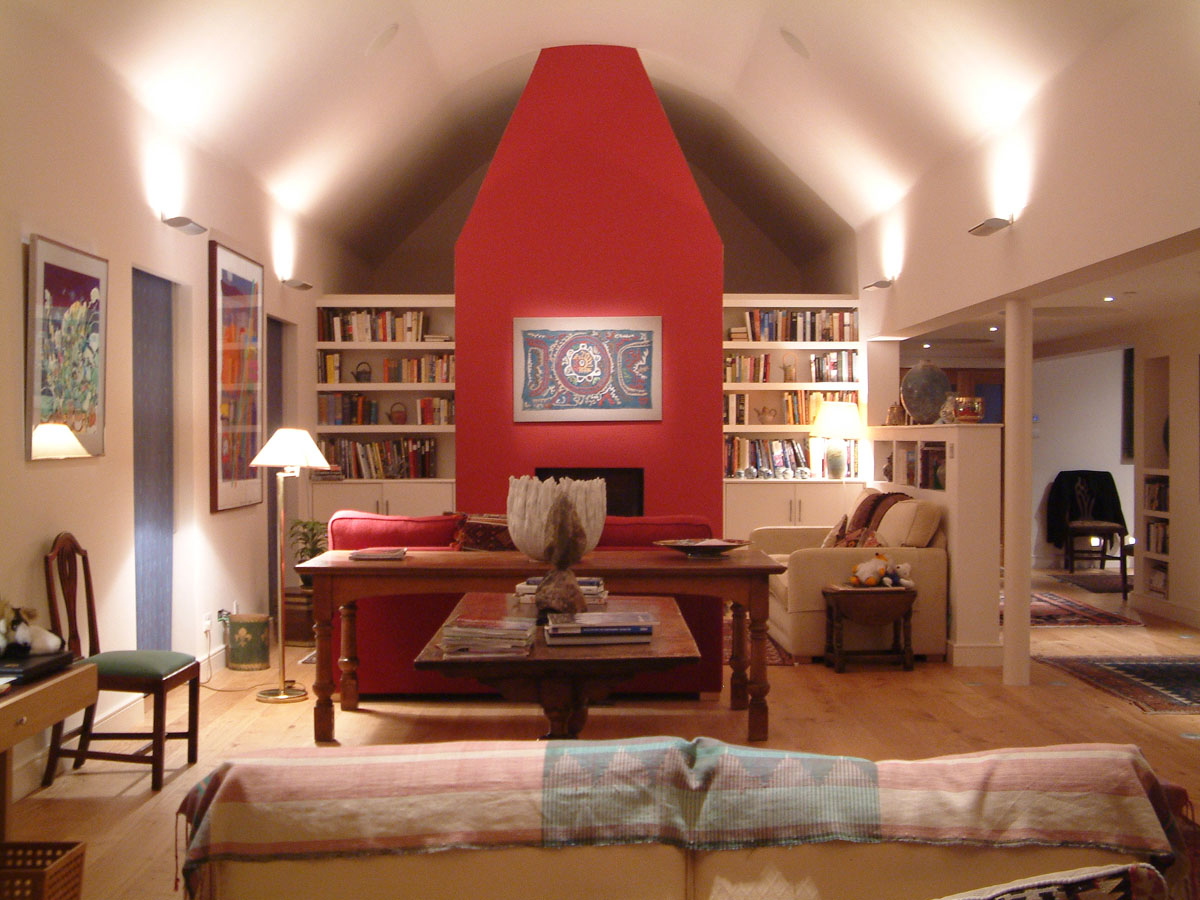 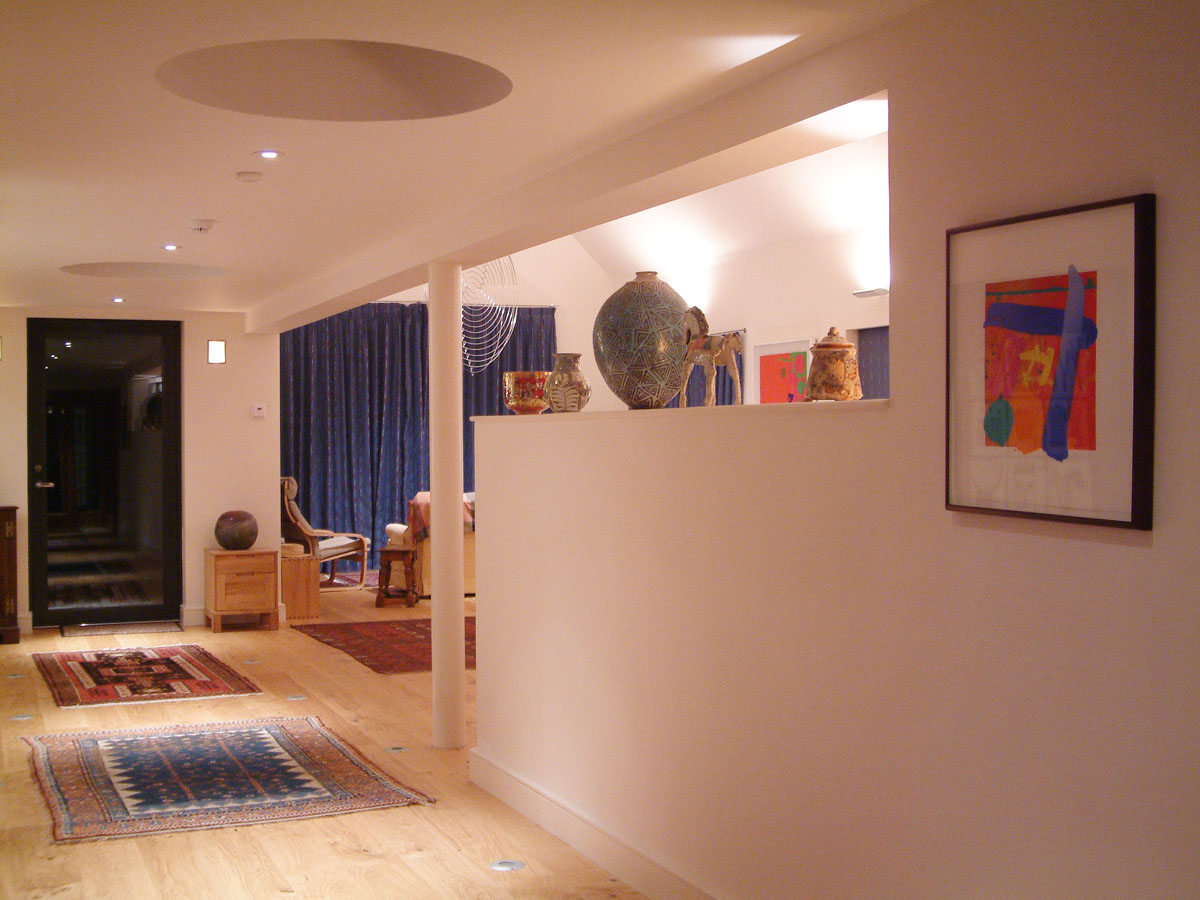 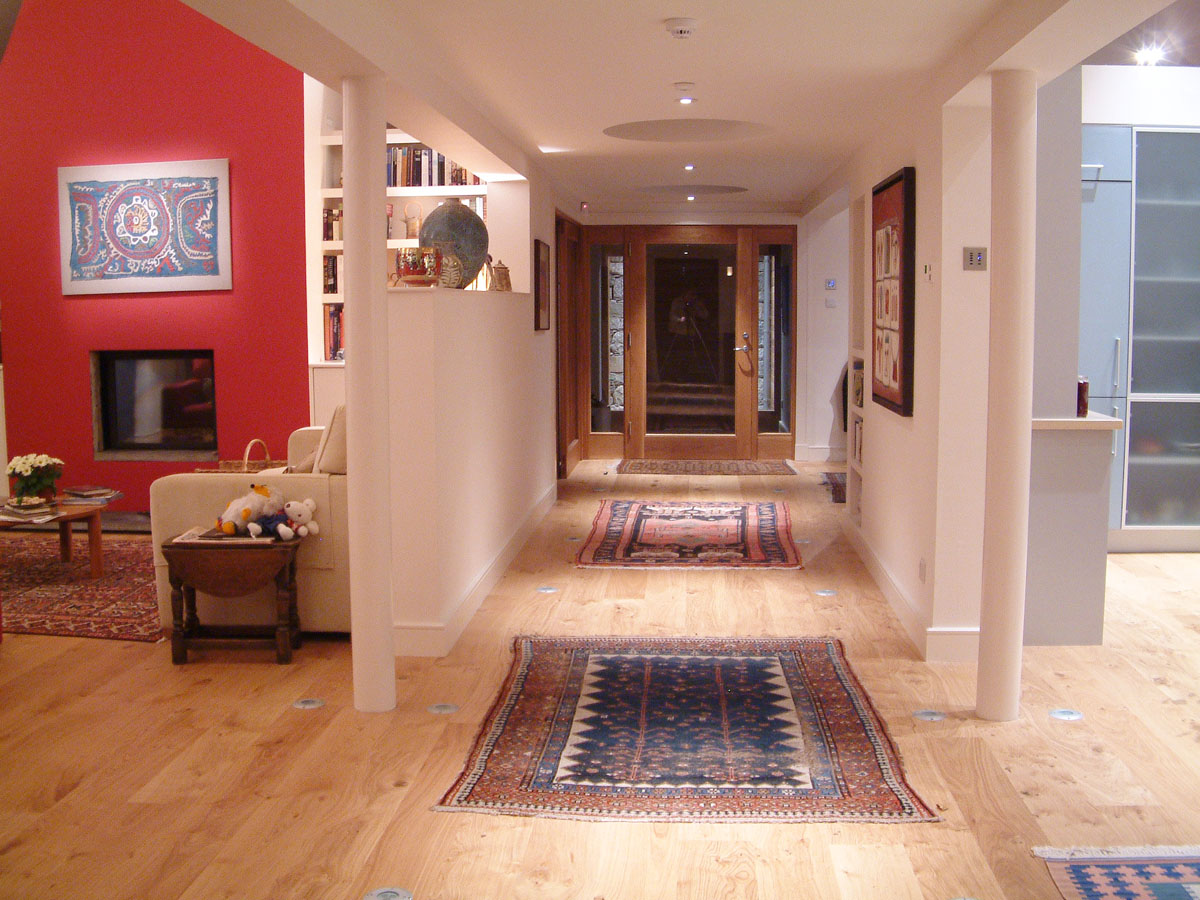